The numbers and symbols on the bottom of plastic bottles and containers have become increasingly important as recycling becomes more popular in the United States. The numbers – ranging from 1 to 7 – have a specific purpose when it comes to how plastic is recycled. 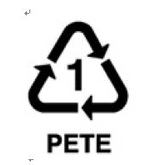 This symbol is referred to as Number 1 Plastics. The PETE acronym stands for polyethylene terephthalate. It is typically inexpensive and lightweight.

#1 Plastics are easily recycled – simply place them in the recycle bucket on your curb when the truck comes around! 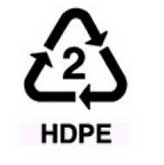 Number 2 Plastics are also known as HDPE (high density polyethylene). This versatile plastic is made into many different kinds of containers, similar to Number 1 Plastics, and is also easy to recycle at the curb.

Number 2 Plastics are usually containers that hold household detergents, juice, milk, shampoo, butter, yogurt, and motor oil. This kind of plastic is also used as the inside liner in cereal boxes. 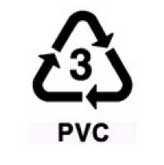 Number 3 Plastics are made from vinyl or PVC, which is tough and is used for many products located outside, like mudflaps, speed bumps and mats. This material is less likely to be used with food products and is tougher to recycle, which is why it is accepted by the professionals at Seraphim Plastics. 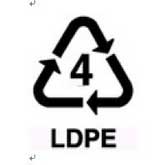 Number 4 Plastics are LDPE (low density polyethylene). This type of plastic is very flexible and has a variety of different uses. While used in heavy-duty squeeze bottles, Number 4 plastics can also be made into clothing, carpet, furniture and dry cleaning film, shopping bags and tote bags. While not generally picked up on recycle routes by companies, Seraphim Plastics buys and sells Number 4 Plastics for the recycling process. 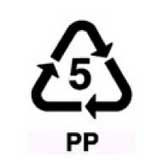 Number 5 Plastics are also known as PP (polypropylene). This kind of plastic has a really high melting point, which makes it popular for containing hot liquids. It also is used for medicine bottles, plastic caps on containers, straws, and bottles. It is increasingly being accepted in curbside recycling programs. 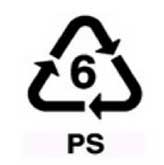 Number 6 Plastics is more commonly recognized as polystyrene. This material is widely used to make rigid foam products, like egg cartons, meat trays, disposable plates and cups,  and carry-out containers. Known for years as difficult to recycle and suspected of leaching toxins into food, polystyrene is one of the more unpopular kinds of plastics. 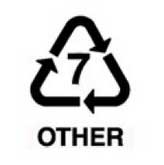 This last kind of plastic is a bit of a catch-all, simply known as Number 7 Plastics: Other. Common items that are made from a wide range of plastic resins are in considered Number 7 Plastics. Some of these include DVDs, sunglasses, computer cases, signs and large water bottles (5 gallon). These traditionally have not been recycled, but companies are more willing to accept them.